Italy is known for its rich culture. Most of the renowned artists from the Renaissance era like master artists Da Vinci and Michelangelo hail from Italy.
It is steeped in history as displayed by its elaborate architecture and building styles. Whatever your interests are, Italy has the museum for your artistic inclinations. Museums abound in Italy, from small, almost obscure ones to big, well-known galleries.

Below is the list of ten museums in Italy that have been gaining popularity among travellers.

One of the most well-known museums is also one of the oldest in the world. Dating back to 1824, and can be found in an equally old town of Turin, dubbed as the origin of Egyptology; this museum holds some of the most important artifacts in the world. Jean-Francois Champollion, famous for having deciphered the Rosetta Stone, was very interested in the collection of the museum.

Undoubtedly, The Galleria dell’Accademia’s prized possessions include the sculptures done by the internationally acclaimed Renaissance artist, Michelangelo. Visitors, hundreds of thousands of them, trove to these galleries hoping to catch a glimpse of the statue of David, Prisoners (or Slaves) and St. Matthew.

Works of other great painters and artists, like Domenico Ghirlandaio, Sandro Botticelli, Pontormo, Andrea del Sarto, Allessandro Allori and Orcagna dominate and are displayed prominently in the main hall.
The last of the influential Medici family donated to the Grand Duchy of Tuscany the artworks that they commissioned and collected through the years because they want everyone to have the privilege of seeing these things of beauty and magnificent artistry. These artworks are also housed in this gallery.

The Galleria Borghese, called the Borghese Gallery in English, is a compact art gallery packed with a commendable art collection. It is located in what was formerly known as the Village Borgese Pinciana. Greeting the visitors at the entrance is the lovely Villa Borghese gardens which used to be integrated with the gallery.
The garden is now a separate tourist attraction on its own. Housed in the gallery are sculptures, paintings and different kinds of curios and antiquities that form part of the Borghese collection. Pope Paul V’s nephew, Cardinal Scipione Borghese, was the one who initiated the collection.
It is a twenty rooms that are situated in two floors, with the main floor holding classical antiquities and sculptures which display the classical and neo-classical style.

The Peggy Guggemheim Collection is for people who prefer contemporary arts. It is located on the Grand Canal in Dorsoduro in Venice. This modern art museum is one of the most popular and best museum in Italy. It is named as such because the 18th century palace which houses the museum used to be the home of the heiress Peggy Guggenheim for thirty years. Works displaying various genres as Surrealism, Cubism and Abstract Expressionism done by what were called as futurists and modernists from Italy and America are included in the collection.
Aside from its permanent collection, works from the Gianni Mattioli Collection, which includes Italian futurism techniques, from artists Russolo, Boccioni and Severini, Balla, Sironi, Soffici, Rosai and Depero.
Works from the Rudolph and Hannelore Schulhof Collection were added to the existing collection in 2012. 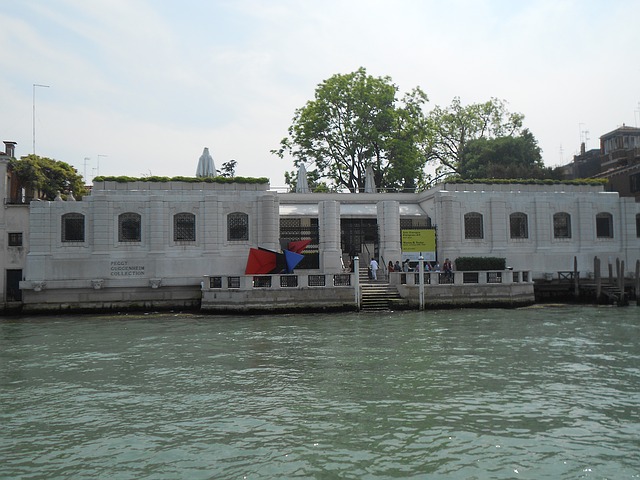 A museum tour in Italy will not be complete without a visit to the Uffizi Gallery. Located in the Historic Centre of Florence adjacent to the Piazza della Signoria, the gallery has a vast collection of works with unparalleled importance, mostly coming from the Italian Rennaissance era.
The last Medici heiress Anna Maria Luisa, was the key player in the famous Patto di famiglia, donating the art collections of the Medici family to the city of Florence. Back in its early days, you have to schedule an appointment to visit the gallery. It became open to the public in 1765, and later as a museum in 1865. It was ranked as the top visited art gallery in Italy in 2016, with a record of more than two million visitors.

The National Archaeological Museum (Naples), also known by its abbreviation MANN, is recognized as an important archaeological museum mainly because it houses ancient Roman remains. Formerly known as the Real Museo Borbonico, it safekeeps Greek, Renaissance and Roman works and Roman artifacts gathered from nearby sites like Herculaneum, Stabiae and Pompeii.
The MANN’s present site used to be a cavalry barracks when it was first built in 1585. It was the site of the University of Naples from 1616-1777.It became a museum in the 19th century.
Copies of classical Greek structure, like Calamis, Nesiotes and Kritios can be found in the gallery, although many of the works were transferred to the Museo di Capodimonte. Some of these are:
• Farnese Atlas
• Farnese Hercules
• Venus Kallipygos
• Farnese Bull
• Harmodius and Aristogeiton
• Farnese Artemis
• a collection of busts of Roman emperors

Holding the collection accumulated by Popes through the years, including some of the most significant masterpieces of Renaissance art, the Vatican museum in Vatican City, has approximately 70,000 art works in possession. In the early 16th century, Pope Julius II founded these museums. Along the route to the museum, visitors can pass by Stanze di Raffaello by Raphael and the Sistine Chapel, the ceiling of which is decorated by the famous Michelangelo. Visitors in huge numbers, about 6 million, visited the museum in 2017, making it the 4th among the most visited art museums in the world.

The National Etruscan Museum holds artifacts of Etruscan civilization. This includes bronze and marble sculptures, jewelry, and even sarcophagi. It is housed in an antique villa, which dates back to as early as the 1500s. The museum is known for its terracotta funerary monument, as well as other works like the life-sized Bride and Groom.
Other objects in possession include:
• The Cista Ficoroni
• The Etruscan-Phoenician Pyrgi Tablets
• The Apollo of Veii
• The Tita Vendia vaseEuphronios krater
• Centaur of Vulci
• The Sarpedon krater

The National Gallery of Umbria is located in the upper floors of the Palazzo dei Priori. It was the brainchild of the Local Academy of Fine Arts of Perugia in the 16th century. The end of the 1700s and the commencement of the 1800s saw a considerable growth in the gallery’s collection. This is for people who wish to see works by various artists such as Fra Angelico, Piero della Francesco, Perugino, Duccio, Gozzoli and many others.

The Brera Art Gallery, is located in Milan. It is home to a formidable collection of Italian paintings. The gallery is the offspring of the cultural program of Brera Academy, located in the same site. It used to be convent, which was given to the Jesuits, then was rebuilt radically by Francesco Richini. After the disbandment of the Jesuits in 1773, it became the site if the Astronomical Observatory and the Braidense National Library.
The gallery holds painting from artists from Venice and LombardY, the most significant being Mantegna’s Dead Christ, Carpaccio’s St. Stephen Debating and Bellini’s La Pieta.

Did you enjoy this artistic top 10 of the best museums in Italy? Is there any other museum you think people should visit in Italy? Leave a comment to help your fellow Italian travellers.

This site uses Akismet to reduce spam. Learn how your comment data is processed.